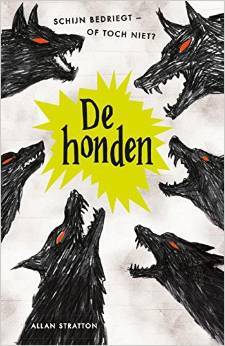 Out of the corner of my eye, I catch something moving by the barn. When I look, it disappears. Wait. There it is again, at the cornfield.  Some movement, some thing. Mom and I have been on the run for years. Every time he catches up with us, we move to a new place and start over.  But this place is different. This place is full of secrets. And they won’t leave me alone.

“Brilliant, page-turning, and eerie. Had me guessing to the very end.” -Joseph Delaney, author of The Last Apprentice series

“It’s about ghosts and terrifying danger and going mad all at once. I didn’t know what was real and what was imagined until the very last page. I loved it!” -Melvin Burgess, Carnegie Medal and Guardian Prize winning author of Smack 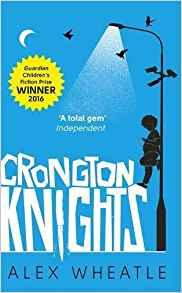 Living on the South Crongton council estate has its worries – and life for McKay has been even tougher since his mum died.His dad has been working all hours to keep the bailiffs from their door.His brother is always out riding the streets at night, tempting trouble.And now, having strayed off his turf on a ‘heroic’ (if misguided) mission to help out a girl, McKay finds himself facing a friend’s crazy ex-boyfriend, some power-tripping hood-rats and a notoriously violent gangster with a vendetta which hits too close to home.Poor McKay. He never asked for trouble . . . But during one madcap night of adventure and danger, he will find out who his true friends are and what it means to stick with your family.

Crongton Knights is a very funny, very moving story that shows that although life is testing, the lessons learned the hard way are the ones you’ll never forget.

What’s worse than hiding a secret? Liccle Bit’s about to find out…

Venetia King is the hottest girl at school. Too bad Lemar is the second shortest guy in his year. Everyone calls him Liccle Bit, and his two best friends, McKay and Jonah, never tire of telling him he has no chance with girls. Things aren’t much better at home. His mum is permanently hassled, his sister a frustrated single mum and his dad moved out years ago. Liccle Bit wishes he could do something – anything! – to make life better. A new phone would be a start…

When Venetia starts paying Liccle Bit attention, he secretly hopes he’s on a fast track to a first date. Unfortunately, as a new gang war breaks out, he finds himself on a fast track to something much more sinister. South Crongton’s notorious gang leader has taken an interest in Liccle Bit. Before he knows what’s happening, he finds himself running errands. But when he hears about a killing on the estate, Liccle Bit is forced to question his choices. How can he possibly put things right? 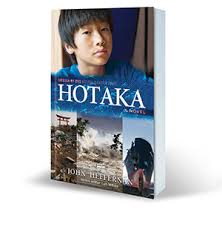 A powerful and moving story about one boy caught up in the Japanese earthquake and tsunami of 2011.

When the tsunami strikes the Japanese seaside town of Omori-wan, the effects are utterly devastating. Three years later, much of what happened on that day is still a mystery. As Hotaka sets about convincing local performers to appear at the town’s upcoming Memorial Concert, he finds himself increasingly haunted by memories of best friend, Takeshi, who perished without trace in the tsunami. Then his friend Sakura becomes involved in an anti-seawall movement, and all too quickly the protest gets serious. As the town and its people struggle to rebuild their lives, can Hotaka piece together what happened that day – and let go of the past? 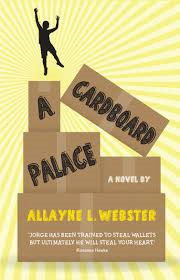 Jorge lives in a shanty town on the outskirts of Paris. Bill, a controller, has an army of child thieves at his command and Jorge is one of them.But soon Jorge faces an even bigger threat.His home is to be bulldozed. Where will Jorge sleep? What will happen to his friends, Ada and Gino? Could a burgeoning friendship with Australian chef, Sticky-Ricky, help Jorge to stop Bill and save the army of child-thieves? And will he do it before he loses Ada forever?Jorge can’t keep fighting to live now he must live to fight.A harrowing, humbling story about one boy’s desperation to escape a life of crippling poverty.

Otto Hundebiss is tired of war, but when he defies Death he walks a dangerous path. A half beast half man gives him shoes and dice which will lead him deep into a web of dark magic and mystery. He meets the beautiful Safire – pure of heart and spirit, the scheming Mistress Jabber and the terrifying Lady of the Nail. He learns the powers of the tinderbox and the wolves whose master he becomes. But will all the riches in the world bring him the thing he most desires?

Fairy tales are often the cruellest stories of all; in this exquisite novel Sally Gardner writes about great love and great loss.
The Book of Whispers
by Kimberley Starr
Tuscany, 1096 AD. Luca, young heir to the title of Conte de Falconi, sees demons. Since no one else can see them, Luca must keep quiet about what he sees.

Luca also has dreams—dreams that sometimes predict the future. Luca sees his father murdered in one such dream and vows to stop it coming true. Even if he has to go against his father’s wishes and follow him on the great pilgrimage to capture the Holy Lands.

When Luca is given an ancient book that holds some inscrutable power, he knows he’s been thrown into an adventure that will lead to places beyond his understanding. But with the help of Suzan, the beautiful girl he rescues from the desert, he will realise his true quest: to defeat the forces of man and demon that wish to destroy the world.

John Green meets Rainbow Rowell in this irresistible story of first love, broken hearts, and the golden seams that put them back together again.

Henry Page has never been in love. He fancies himself a hopeless romantic, but the slo-mo, heart palpitating, can’t-eat-can’t-sleep kind of love that he’s been hoping for just hasn’t been in the cards for him—at least not yet. Instead, he’s been happy to focus on his grades, on getting into a semi-decent college and finally becoming editor of his school newspaper. Then Grace Town walks into his first period class on the third Tuesday of senior year and he knows everything’s about to change.

Grace isn’t who Henry pictured as his dream girl—she walks with a cane, wears oversized boys’ clothes, and rarely seems to shower. But when Grace and Henry are both chosen to edit the school paper, he quickly finds himself falling for her. It’s obvious there’s something broken about Grace, but it seems to make her even more beautiful to Henry, and he wants nothing more than to help her put the pieces back together again. And yet, this isn’t your average story of boy meets girl. Krystal Sutherland’s brilliant debut is equal parts wit and heartbreak, a potent reminder of the bittersweet bliss that is first love.

Valentine is the first in a smart, witty and page-turning YA series with a paranormal twist for fans of Holly Black and Sarah J. Maas.

Four teenagers – all born on the same Valentine’s Day – begin to disappear. As the bodies mount up, Pearl Linford has to work out what in the supernatural hell is going on, before it happens to her.

Finn Blacklin is the boy with whom Pearl shares a birthday, the boy she has known all her life and disliked every second of it, the boy her subconscious has a totally annoying crush on. Finn is also the Valentine: a Seelie fairy changeling swapped for a human boy at birth. The Unseelie have come to kill the Valentine – except they don’t know who it is. And now both the Seelie and the Unseelie think Pearl is the Valentine, and if they find out she isn’t, she’ll disappear too.

Pearl must use all her wits to protect herself. Finn must come to terms with his newfound heritage. And then there’s the explosive chemistry between them that neither of them know quite what to do about . . . 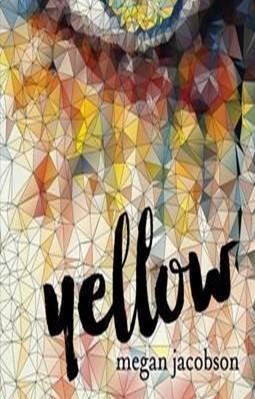 If fourteen-year-old Kirra is having a mid-life crisis now, then it doesn’t bode well for her life expectancy. Her so-called friends bully her, whatever semblance of a mother she had has been drowned at the bottom of a gin bottle ever since her dad left them for another woman, and now a teenage ghost is speaking to her through a broken phone booth. Kirra and the ghost make a pact. She’ll prove who murdered him almost twenty years ago if he does three things for her. He makes her popular, he gets her parents back together, and he doesn’t haunt her. Things aren’t so simple however, and Kirra realises that people can be haunted in more ways than one. 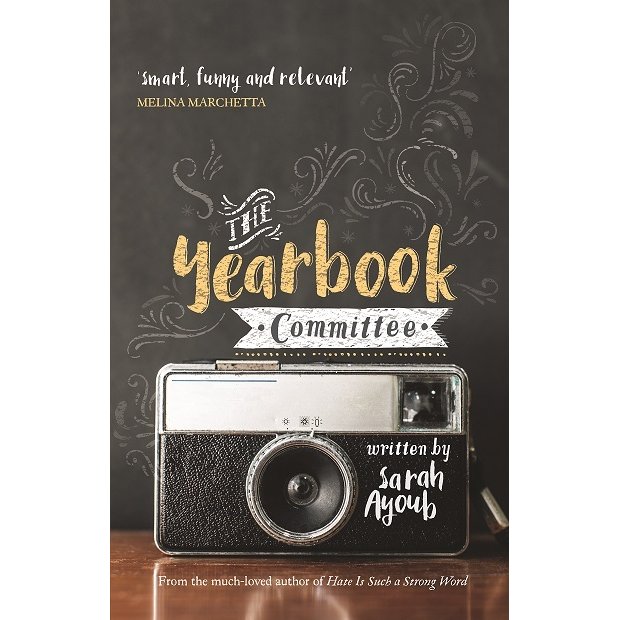 The school captain: Ryan has it all … or at least he did, until an accident snatched his dreams away. How will he rebuild his life and what does the future hold for him now?

The newcomer: Charlie’s just moved interstate and she’s determined not to fit in. She’s just biding her time until Year 12 is over and she can head back to her real life and her real friends …

The loner: At school, nobody really notices Matty. But at home, Matty is everything. He’s been single-handedly holding things together since his mum’s breakdown, and he’s never felt so alone.

The popular girl: Well, the popular girl’s best friend … cool by association. Tammi’s always bowed to peer pressure, but when the expectations become too much to handle, will she finally stand up for herself?

The politician’s daughter: Gillian’s dad is one of the most recognisable people in the state and she’s learning the hard way that life in the spotlight comes at a very heavy price.

Five unlikely teammates thrust together against their will. Can they find a way to make their final year a memorable one or will their differences tear their world apart?